Childhood obesity, like any other problem in our society, isn’t a discrete issue in and of itself. It’s not just a matter of what kids eat and how active they are.

It’s connected to everything else in a child’s world – what kind of food the family is able to bring home, whether the community provides places and opportunities for active play, cultural norms for cooking and eating, and more.

And then there are society’s contributions to children’s lives, including videogames, junk food, and schools too preoccupied with other crises to think much about providing adequate physical activity.

In Halifax County, North Carolina, these factors converge in a generation of children with too much fat and sugar in their food and too little physical activity. Children with parents who have little understanding of the nutrition their kids need. And children living in a community that offers few positive options for them or their parents.

Halifax County has the fifth highest obesity rate in the state. County residents are well aware and concerned over the rural area’s lack of health-promoting resources.

These are among the reasons why Dr. Cook and Dr. Meeshay Williams-Wheeler, associate professor of family and consumer sciences, chose Halifax County for an innovative project addressing childhood obesity.

END_OF_DOCUMENT_TOKEN_TO_BE_REPLACED

“Social media has come of age as a primary source, and there is tremendous opportunity for academics—and academic librarians—to begin treating it as such. The question is: How do we harness the potential of social media sites to enhance the research process and scholarly communications? Where do we begin?”

To read the complete article, click here to go to Educause Review Online, vol. 48, no. 6 (November/December 2013).

‘Zombie nouns’: You love them, don’t you?

Whether it’s a peer-reviewed article, a funding proposal, or a syllabus, no one reads academic writing for the fun of it. Researchers and other faculty members tend to write for each other, which is to say, for people who get paid to read each other’s stuff. And for students, who, sadly, pay dearly for the privilege.

But just because most or all of your audience is under some degree of obligation to read what you write, that doesn’t give you license to be obscure, muddy and uninspiring. If there’s anything that can beat the life out of academic writing, it’s the overuse of nominalizations.  If that’s a new word to you, don’t feel bad.  Great numbers of people probably came across it for the first time when reading The New York Times website this morning:

“Nouns formed from other parts of speech are called nominalizations. Academics love them; so do lawyers, bureaucrats and business writers. I call them ‘zombie nouns’ because they cannibalize active verbs, suck the lifeblood from adjectives and substitute abstract entities for human beings. …

“At their best, nominalizations help us express complex ideas: perception, intelligence, epistemology. At their worst, they impede clear communication. I have seen academic colleagues become so enchanted by zombie nouns like heteronormativity and interpellation that they forget how ordinary people speak. Their students, in turn, absorb the dangerous message that people who use big words are smarter – or at least appear to be – than those who don’t.“

Isn’t it great to be lumped together with lawyers, bureaucrats and zombies? By the way, I added the emphasis at the end, partly because it’s a good point and partly because some of us probably picked up the same idea the same way when we were students.

Writing is hard, and not just for you — it’s hard for everyone who cares about doing it well.  We can all use as much good advice as we can get. And this Times column qualifies. 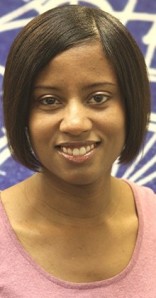 Stephanie Luster-Teasley puts her experience in the tenure process together with her research on professional development for women and people of color, and the result is four suggestions about how the process can be made more transparent and beneficial.  Her article appears in the Spring issue of the online publication On Campus with Women, published by the American Association of Colleges and Universities.

“I recently completed the tenure process, and like many junior faculty members, I found that tenure was a moving target at the end of an obstacle course marked by uncertainty and politics. Junior faculty know that in order to qualify for tenure, we must balance teaching, service, and research. But we often find it unnerving to gauge how well we have performed in these areas in our colleagues’ eyes. …

“[I]nstitutions and faculty members can work together to make the tenure and promotion process easier to track and gauge, allowing more opportunities for faculty to self-correct their progress. By making tenure more transparent, institutions can not only support the careers of women and people of color, but can also equalize the process for all junior faculty.”

A survey of 240 administrators and faculty from 51 HBCUs with journalism programs reveals a number of challenges as they prepare students for careers in the 21st century news industry.

It’s the first published study to look at how journalism programs at HBCUs are coping with swift changes in the news business as a result of mobile technology and the Internet. The study was conducted by Kim Smith, assistant professor of journalism and mass communication at North Carolina A&T.

The study was published in the June issue of The Electronic Journal of Communication, an online peer-reviewed publication.

Out of the nearly 100 who completed the survey, the most striking result was that nearly all faculty members, chairs and program directors agreed that they must change their journalism education curricula to meet the new demands of 21st century journalism. But they disagreed over who should lead the process. They pointed fingers at each other.

END_OF_DOCUMENT_TOKEN_TO_BE_REPLACED

Researchers across many disciplines and around the world are taking action against the business practices of academic publishing giant Elsevier, and the movement’s momentum may be carrying it toward a critical mass.  Some 4,900 scientists around the world have signed a statement refusing to publish in, edit for and/or referee for the company’s 2,000 journals.

It’s old news that its critics find Elsevier’s high subscription costs and expensive bundling policies unethical. But today there’s a political issue as well, as detailed in an op-ed column in The Boston Globe:

“Now Elsevier is supporting an odious bit of legislation known as the Research Works Act. Currently, the National Institutes of Health has a rule: If the American people pay for research, then they should be able to see the results without paying again. This is simple fairness. Yet the legislation would end that policy, further boosting Elsevier’s profits by locking important biomedical research, the stuff of life and death, behind paywalls.”

The movement’s current surge appears to have been generated by the high-profile British mathematician Timothy Gowers. His original blog post last month has generated at least 315 responses and inspired the creation of The Cost of Knowledge website.

Worth noting: Elsevier is the contractor/developer for the Reach NC faculty database.